SUPPER & SOUL GOES DRIVE IN BACK TO BACK - SOLD OUT

SATURDAY REMAINS AS IS 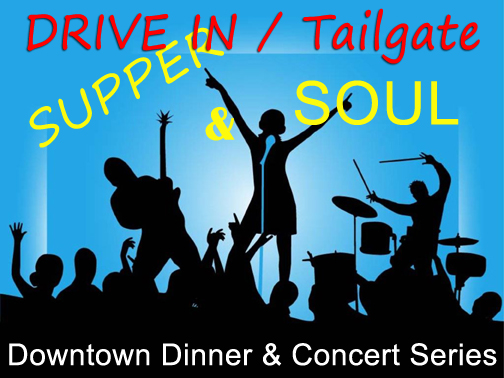 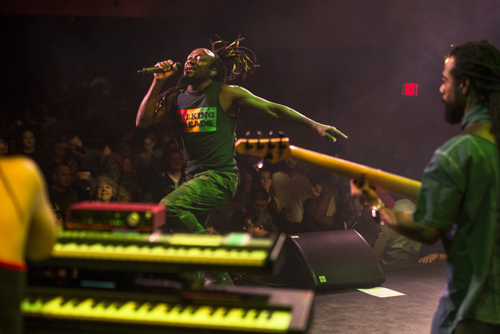 NOW SATURDAY AND SUNDAY  - Friday tickets valid for Sunday only

“The combination of classic Heads lyrics and caribbean/reggae rhythms is a total home run!  We had a blast the night of the show and we walked away with a definite bounce in our step. Can’t wait for the next stop on their tour. Definitely going back for more.Yes yes y’all!”  - Chris Frantz Talking Heads and Tom Tom Club

Mystic Bowie - Talking Dreads  - On “Life During Wartime,” the first single from Talking Heads’ 1979 album Fear of Music, David Byrne famously sang the immortal lyrics, “This ain’t no party, this ain’t no disco…no time for dancing…” Yet all those anti-fun declarations go gleefully out the window when Mystic Bowie, aka the “Head Dread,” takes the stage, re-imagining and infusing fresh life into the Talking Heads’ classic catalog with his high octane mix of roots reggae, ska and lover’s rock (aka “romantic reggae”).

Since debuting his musically revolutionary Talking Dreads project live at the High Times Music Festival on the beach in Negril in late 2015, the charismatic Jamaican-born singer and performer has electrified audiences at more than 100 shows across North America – spinning the heads of initially skeptical Talking Heads fans, and getting everyone else grooving along to the infectious, joyous rhythms and jubilant spirit of his native island. Considering the success of these events, it was only a matter of time before Bowie – who has lived in the Northeastern U.S. for many years – headed back to his cherished homeland and set up shop at the famed Barry O’Hare Studios in Ocho Rios. He gathered old friends he had played music with since childhood, along with younger musicians, legendary Jamaican artists and other surprise guests to capture all the magic of his live performances on the epic, 13 track recording Mystic Bowie’s Talking Dreads.

“Talking Dreads is much more than a cover band,” Mystic says. “I am very much drawing on my own musical culture and history to make these amazing songs my own, while at the same time preserving the integrity of the Talking Heads songs. I’ve always felt that reggae’s dance-inspiring, feel good vibe is universal, as are many of the band’s songs. And don’t forget their intelligent, powerful lyrics, which are fun to sing and shine fresh light on through this new fusion of styles. It took a lot of effort to deconstruct and dissect each song to make it work seamlessly with my singing and performance style. I removed all the instrumentation, kept the story and words, then created my own reggae, Caribbean and tribal feel and married those two elements – then brought back a few of the melodies that captured my attention back in the day.”